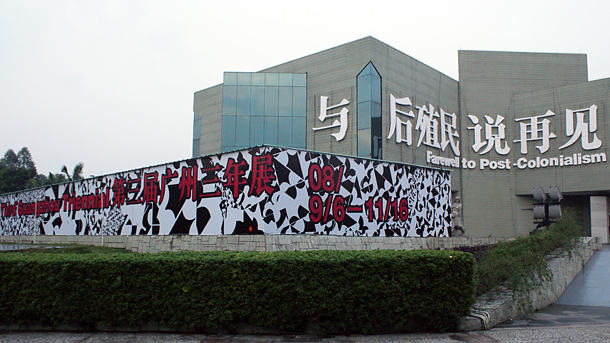 ‘The Middle East Channel’ at ‘Farewell to Colonialism’ focuses on how the region views and documents itself, primarily at the hands of its own cultural activists and video makers. The wider theme of the program is to be found in the notion of exploration, the search for characteristic independence and memory/history in contemporary audiovisual culture in the Middle East. The Middle East Video Channel presents how video makers tackle, view and reconstruct their memories, reality and virtuality, how they define their sociological truth, and how the use of new media influences their artistic practices.

The Middle East Video Channel mainly focuses on categories like sociological or anthropological video trends, short illustrative documentary and video as a tool of political activism. It also deals with autobiographical videos, testimonial interviews, archival footage, and sociopolitical issues, with the aim of altering, de-authorizing and deconstructing the limits of experimental video and documentary from the region.

Examining the contemporary art of media in the Arab world and the role it is taking in local societies, one can conclude the following: The Middle East/Arab world is witnessing important cultural and social changes and, parallel with these changes, a notable expansion of visual culture is taking place. Video as a medium was successfully liberated by the efforts and engagement of independent film enthusiasts, artists and experimental filmmakers, who offer their societies alternative investigational narratives to the events taking place in the social and political space in the Middle East and North Africa. The independence of video production comes as an answer to a media condition that is recognized worldwide.

The increased access to new media technology results in new artistic practices with a multiplicity of visual expressions. The work of video and film makers is rapidly crystallizing and gaining attention. Through the work of their lenses, local history and the narration of the region are now being documented, unlike in colonial times, when the history of the region had to be written in a representational form. Distancing themselves from the usual stereotypes, the artists and filmmakers aim to explore the existential, political and aesthetic issues of our times, while opening up to new narrative perspectives that break with the monotonous and repetitive imagery of our media. The exploration and articulation of these subjects in this type of video making is just beginning in the Middle East, yet more surprising works are about to be born.

With the selection of over thirty videos, we wanted to transmit the messages they present, help articulate the aesthetic context of this type of video making and explore the characteristics of its expansion. The Middle East Video Channel program was shown simultaneously to the Third Guangzhou Triennial at the UCCA in Beijing.

Excerpt from Contemporary Audiovisual Tendencies in the Middle East and North Africa.

The Elephant in the Room