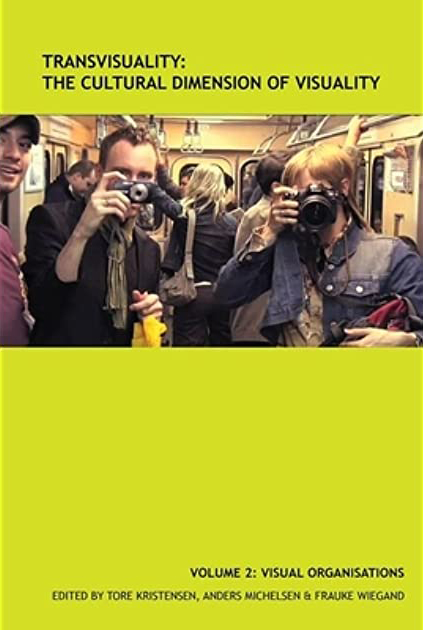 Volume 2 on Visual Organizations is now available with a contribution from Khaled Ramadan of CPS. His essay entitled Our History and Their Archive, explores the substantive visual aesthetics of Al Jazeera and its impact on the Arab world.

In contemporary society, 'the visual' becomes a traversing denominator passing through the most diverse articulations: from new media, branding, drone vision and robot culture to cityscapes, design and art.

The transvisuality project in three volumes promotes the turn away from the predominance of a focus on representations in studies of visual culture.

Volume 2 introduces visual organisation in-the-making as an effect of manifold traversing articulations and interconnected practices: how is the 'stuff' of visuality - an image like a photograph, an incident on TV, a cinematic oeuvre - intertwined in a range of cultural practices, transformed and transgressed by them in transvisuality.

The aim of the book is to map how visual organizations are traversing culture as articulatory practices in situ. The resulting case studies take their departure in different materialities and agencies of empirical, embedded visuality - from canvas to drone camera - and illustrate how transvisuality evolves in and around publics and communities on the one hand and through bodies and media on the other.

The visual articulations analysed in this volume span from cellphone videos to forensic images, from biomedia to robots, from bunker ruins to Kalighat pat paintings, from a Palestinian wedding dress to video footage of unknown strangers in a metro, from the Gorgon Stare to movies becoming art installations.

While the first volume addresses the boundaries of the notion of visuality and creative openings that visual culture studies offer, the third volume maps visuality in contexts of design, creativity and brand management.

Aesthetic Journalism: How to Inform Without Informing