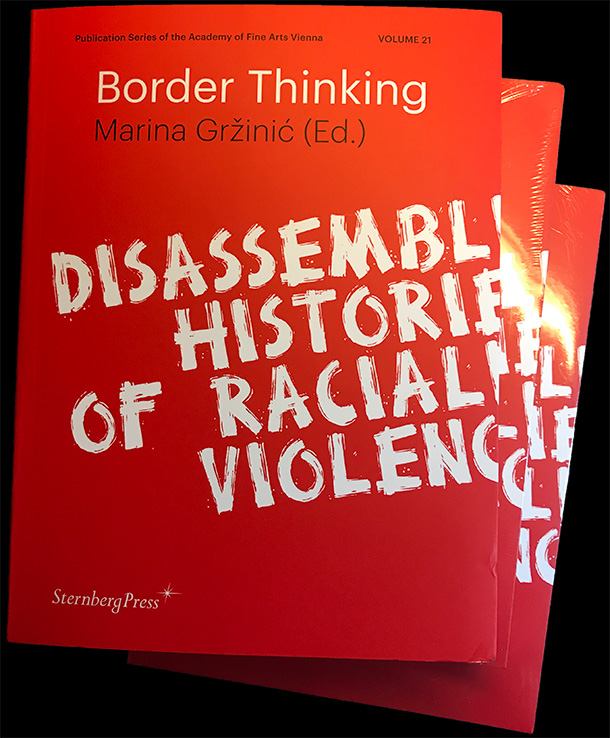 Khaled Ramadan has contributed to the book Border Thinking: Disassembling Histories of Racialized Violence with the article: ”Set City – Post-snuff Film and the New Age of Reality Cinematography: Real Transience of the Protagonist at the Execution Film Set”.

The book aims to question and provide answers to current border issues in Europe. Central to this investigation is a refugee crisis that is primarily a crisis of global Western capitalism and its components: modernization, nationalism, structural racism, dispossession, and social, political, and economic violence.

In this volume, these notions and conditions are connected with the concept of borders, which seems to have disappeared as a function of the global neoliberal economy but is palpably reappearing again and again through deportations, segregations, and war. How can we think about these relations in an open way, beyond borders? Is it possible to develop border thinking for a radical transformation, as a means to revolutionize the state of things? To do this, we must reconsider what is possible for the social and the political as well as for art and culture.

Debate on Journalism in Times of War