LEAVE IT IN THE GROUND

Despite clear warnings, the ruling powers do not have a political agenda with a serious strategy to reduce use of fossil fuels, the main cause of global warming. A fossil-fuel fundamentalism seems to dominate throughout the globe.

Recently, some of Norway’s politicians have advocated extracting petroleum in one of the largest fish and aquatic life spawning grounds on the planet, the sea encircling the Lofoten archipelago. The deepwater drilling would have unpredictable effects on the fish populations and some of the world’s cleanest waters. With the idyllic landscapes of the Lofoten archipelago as its background, Leave It in the Ground describes the climate crisis not as a technical and scientific problem, but as a political problem. The film discusses how ecological and humanitarian disasters caused through global warming might topple old orders and open up possibilities that could lead to long-term social and political transformations, both positive and negative.

The film will be shown September 7, 9pm, at the Gervasuti Foundation. 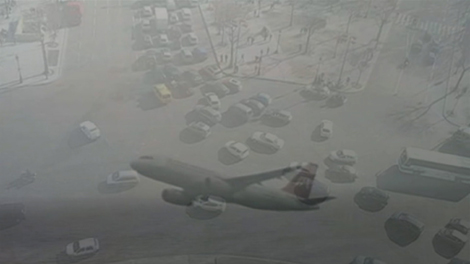